Farm Law Protest – Is the Green Revolution responsible for Farmers Protest in India? The Parliament has enacted three farm laws which aim at reforming Indian agriculture. The laws were boycotted by a large section of farmers contending that the intended reforms would allow privatisation of agriculture and eventually removal of the Minimum Support Price (MSP) system. 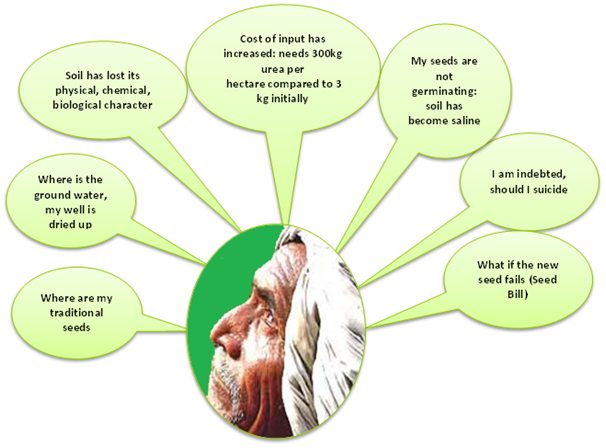 Green Revolution: Is it responsible for the current crisis?

The Green Revolution in the 1960s was concerned mainly with increasing food grains production. The method of green revolution focused on three basic elements, that are:

While the revolution indeed has been a major success as it did increase the food grains production in significant manner and made the country self-reliant in food production increasing the per hectare yield in the case of wheat from 850 kg per hectare to an incredible 2281 kg/hectare in its early stage, the revolution also caused germination of some problems in the Indian agricultural sector which still persists.

Problems caused by the Green Revolution:

These problems are not just affecting the agricultural sector but also compounding it over a period of time. The states quo was thus sought to be changed by the government through the recently enacted three farm laws, which allow farmers to:

Why are the farmers protesting then?