Ayesha Banu, 24, a resident of Ahmedabad, recorded a video message before she jumped into the Sabarmati River and ended her life. Ayesha said she was facing harassment for dowry from her husband

Origin of the Dowry System 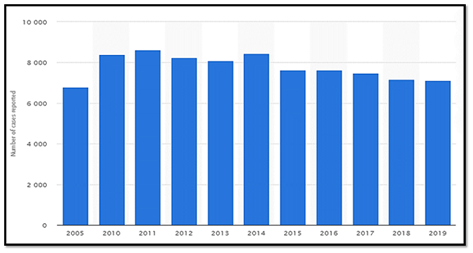 Steps that can be taken:

Dowry is the biggest cause of subordination and oppression of women. Parents of a girl do not educate their daughter because any way they have to spend on her marriage. Parents of bride and groom are treating their daughters and sons as commodities. It not only harms self-pride of daughters but also degrading to the pride of sons. In this race of show off poor are also got hurt as the practice is increasing their class also. If anyone who can check this practice is family of bride. It has to understand that daughter is not a burden, she can be equal caring, if not more as son can be.

Dowry prohibition act, 1961 has been implemented long back but if we consider the data of NCBR the cases of dowry has been increased, what are the reasons behind it? Answer it in detail.(200 words)