What is Hydrogen Economy? How India is planning to run cars on hydrogen? Traditionally a slow mover in frontier electric vehicle (EV) technologies, India has made an uncharacteristically early entry in the race to tap the energy potential of the most abundant element in the universe, hydrogen.

What is Hydrogen Economy?

The case for green hydrogen: 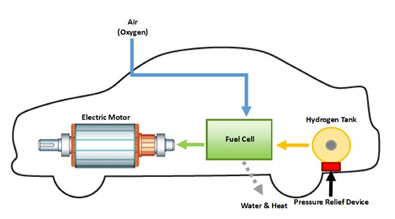 What can be done for future?

Currently HFC is still in its infancy stage however we can’t depend on conventional fuel for future, hence we should work on alternatives like HFC, electric, solar energy to meet energy requirements for transportation purposes. Hydrogen Fuel Cell has a big role to play in mobility and zero emission technology in future.

India has a huge biomass reserve which is either burnt of simply goes waste. How it can be utilize in effective way for future? (200 words)