Sugarcane Farmers in Uttar Pradesh – What are the problems faced by UP sugarcane farmers? A payment crisis running into thousands of Crores of Rupees is facing Sugarcane farmers.

Problems of the sugar industry: 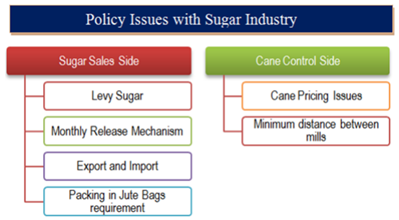 What can be done?

In sugarcane cultivation techniques and technologies are changing every day. So it is essential to accept and apply of all these new things during cultivation.Sugar industry and cane farmers both of them should work with cooperation for reciprocal benefits because the benefits are interrelated and progress is correlated. Therefore, the sugar factories must take care of sugarcane growers by providing materials and information when required. In order to improve the relation between the farmers and the factory.

What are problem faced by sugarcane farmer even after so many steps taken by government? Explain in detail. (200 words)