As the government finalises the rules for the new labour codes, The Labour Ministry is now considering giving flexibility to companies to have four working days instead of five or six. 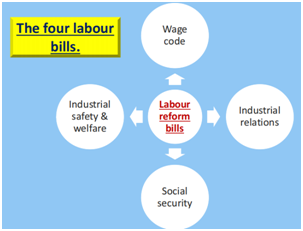 When and how will this be rolled out?

Example of other country:

To see the comfort of employee is one of the very soothing step taken by govt. its implementation will surely make workers to work with more energy but management needs to also think about how to manage the works of hospital and medical which needs to run 24*7 for the public service. It will be interesting to observe how the corporate culture adopts to this new work model, and whether it will be fruitful or not.

India is the working which has always seen violation of rules and regulations when it comes on to the labors rights in such scenario step taken by govt. for 4 days work in week can be fruitful but it has many challenges as well. Explain in detail. (200 words)