US Navy operation in Exclusive Economic Zone of India without consent – What is EEZ? India US Ties In an unusual move, the US Navy recently announced that it had conducted a freedom of navigation operation in Indian waters without prior consent to challenge India’s “excessive maritime claims.”

What is ‘Global Commons’?

Global commons can be defined as areas and their potential economic resources that lie beyond any national jurisdiction yet significant for survival of all. Insofar, there are five defined global commons. These are:

The need of governance of high seas emerge from following reasons:

United Nations Convention Laws Of the Seas (UNCLOS) is the only international convention which stipulates a framework for state jurisdiction in maritime spaces.

UNCLOS divides the sea jurisdiction into several zones. These are: 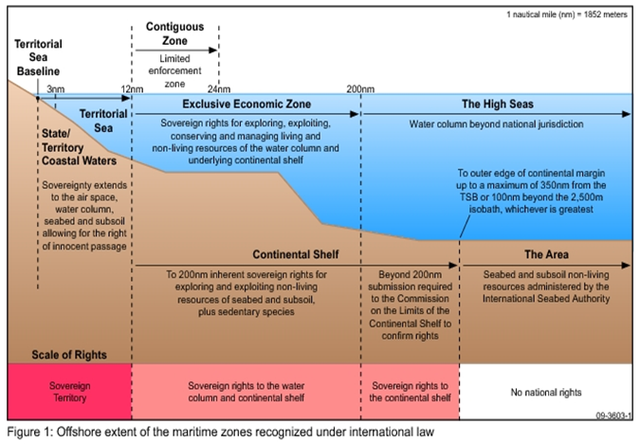 India as a party to UNCLOS:

Challenges in the governance of international waters: