The global pattern is rapidly changing. And as species flee to cooler water towards the poles, it is likely to have profound implications for marine ecosystems and human livelihoods. When the same thing happened 252 million years ago, 90% of all marine species died. 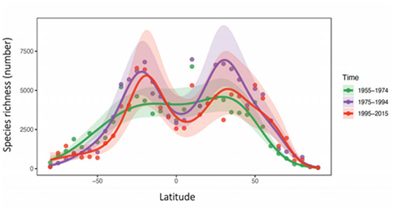 What Does This Mean?

Impacts of global warming on marine life and oceanare as follows:

Following steps needs to be taken to reduce the effect of global warming on oceans:

What Can We Do?

Though event of global warming has been trigger but still if we all take prudent measures we can certainly postpone the event and give a better earth to our future generation.

What is causing a mass exodus of equatorial marine life as a result of global warming? (200 Words)